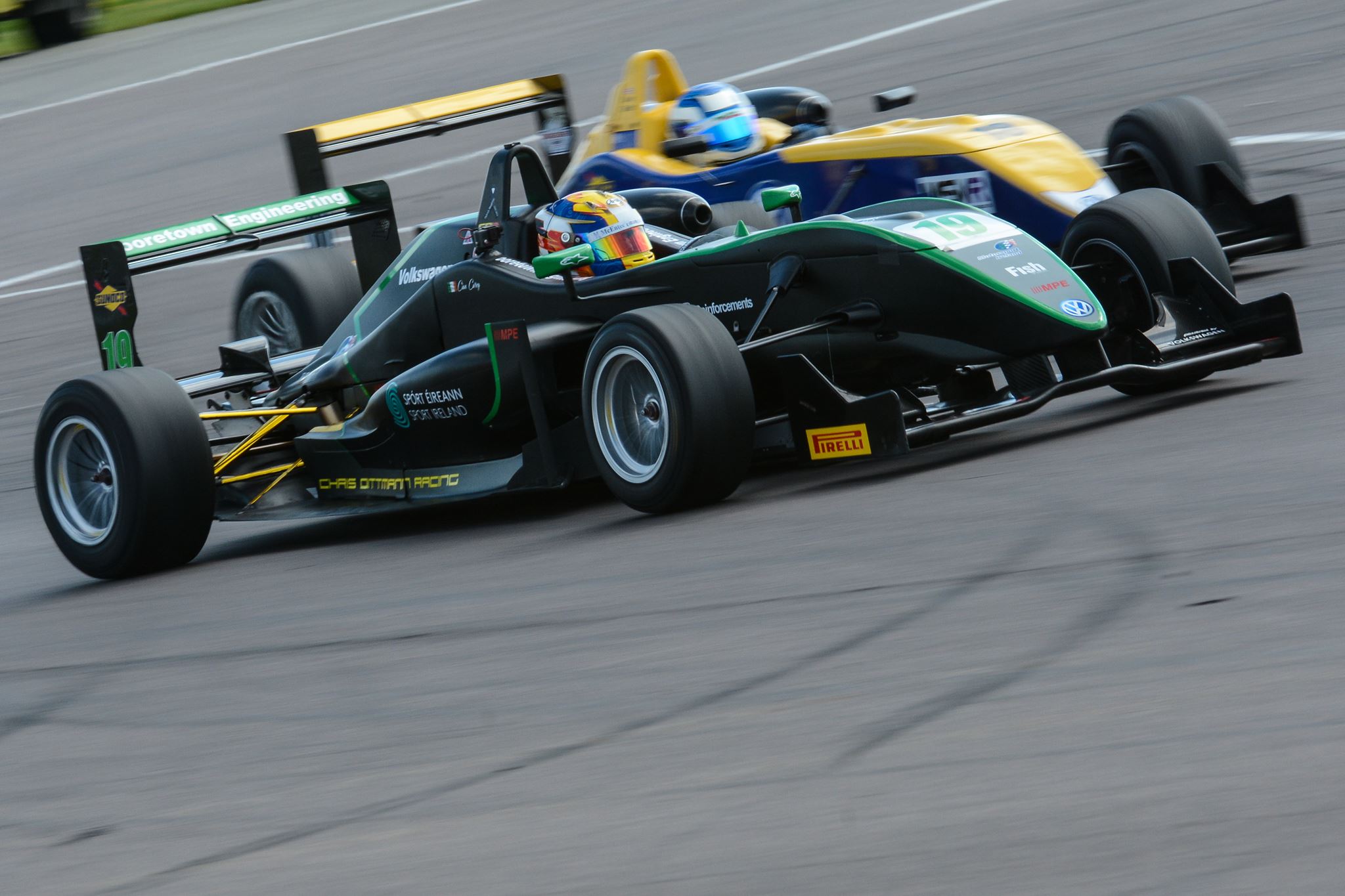 Chris Dittmann Racing’s F3 Cup campaign opened with a new lap record and plenty of promise at Donington Park, despite missing out on the podiums the pace deserved.

Three series newcomers comprise the team for the 2017 season, yet all three left Leicestershire with a strong haul of points and plenty of valuable experience.

Irishman Cian Carey began the weekend quickest in practice, but was pipped to pole by just 0.04sec in qualifying. His second-fastest time in the tight qualifying session was good enough for fourth place on the grid in race two.

Peter Venn, who makes his full-time return to racing this year, claimed eighth for both, with Phillip Jeans 14th in only his second-ever qualifying session in cars.

In the opening race, Carey was swamped off the line from the front row and slipped back into the pack, crossing the line at the end of the opening lap in sixth place. He calmly worked through the pack to fourth, little more than half a second adrift of second place and setting a new lap record in the process.

His race two ended in the McLeans tyre wall from fifth place, leaving him on the back row for the third and final race of the day. The 22-year-old then powered through the field, again claiming fastest lap on the way to another fine fourth place.

Venn enjoyed an entertaining battle on the edge of the top six in the opener, eventually claiming eighth place before a brace of excellent sixth-place finishes among newer machinery.

Jeans acclimatised well on his single-seater debut, improving with every lap against far more experienced opposition. He scored 14th and 12th in the first two races before breaking into the top 10 in the third.

Team owner, Chris Dittmann, said: “It was a weekend of what might have been, really, but all three were excellent. Cian could have been on the podium at least twice; his lap record is a little comfort to take away with him. There’s plenty more to come, this was just a little inexperience with starts in this car – he’ll soon be on the podium and winning races.

“For debut weekends both Peter and Phillip were excellent. Considering Phillip’s limited time in cars, him being right on the pace was brilliant. He’ll only get quicker, which bodes really well. These aren’t easy cars to drive, so to be up there with some experienced guys is great.

“The same goes for Peter. These newer F3 cars are a big jump from what he’d used to. It will take a change in approach and some adjusting, but to come away with a couple of top sixes is really, really good. There’s more to come from him, too.

“There are certainly plenty of positives for us to take into Snetterton in a month’s time.”