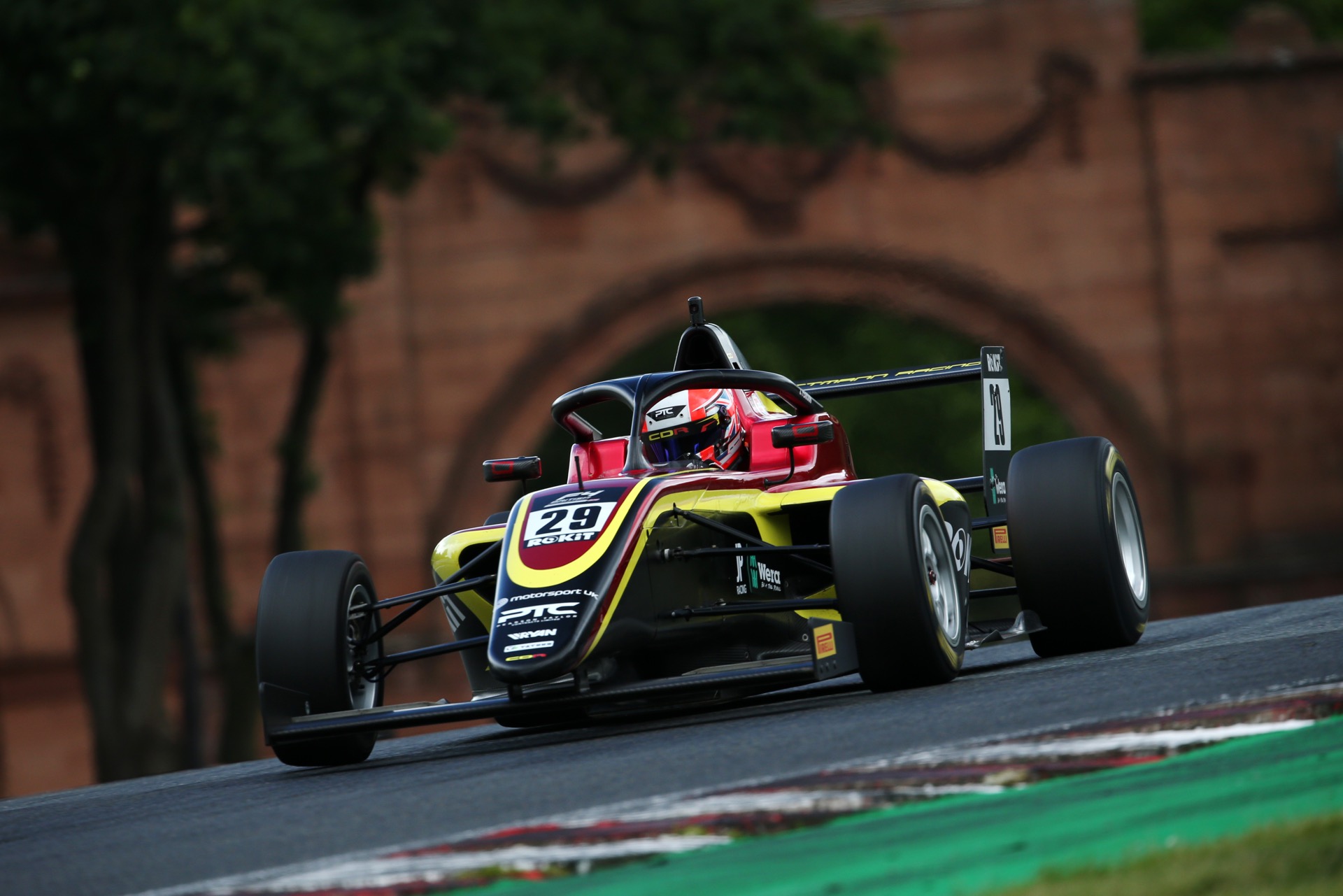 Coming from the high of two top ten finishes last time out, Chris Dittmann Racing headed to Oulton Park for rounds 10, 11, and 12 of the F4 British Championship, where ultimately, it was disappointment for Joel Pearson and the team as bad luck ensured they left empty handed.

Grid position on the narrow 2.2-mile circuit would set the tone for the weekend and as such, qualifying would prove crucial for the young drivers. Mechanical issues in the first half of qualifying meant Joel was unable to get the car up to speed before contact between two drivers brought out a red flag. The restarted session was then reduced to ten minutes and, as cars scrambled to put in their fastest lap before the clock hit zero, rain started to fall, bringing out a second red flag. Amidst the chaos, the teenager was only able to produce one fast lap, and finished 13th.

Starting from the back of the grid set the races up to be a tough contest through the pack on a notoriously tricky track to overtake on. With a good start in race one, Joel was up into 11th before Hitech GP driver Eduardo Coseteng came out in front after a battle around Old Hall corner. Struggling with the all-round pace of the car and unable to make some moves stick, he crossed the line where he started in 13th.

After a disappointing Saturday, the team were keen turn it around for races two and three on Sunday, but more misfortune was to come for the Tewksbury outfit. An unfortunate start in race two had Joel drop down a grid place into 14th before picking up damage to his front wing due to contact with Virtuosi’s Michael Shin. Called back into the pits for a replacement nose, Joel re-entered the track in 15th. Showing decent pace but a lap behind, he finished 15th on the road, before a post-race penalty given to Shin for the collision promoted him to 14th.

With a strict noise curfew in place at Oulton Park, the over-running schedule meant that race three proceedings were in question, before the decision was made to shorten the session to 15 minutes. Making good progress with his race starts, the youngster was quick off the line and into tenth from 12th on the opening lap. Contact between Joel and Virtuosi’s Edward Pearson at the Island chicane had Joel off onto the grass, re-entering three places down in 13th. Wrestling with the car to try and close the gap to those in front, he gained one position, crossing the line 12th at the chequered flag before serving an unfortunate three place penalty for causing the earlier collision, classifying 15th.

Overall, it was a tough weekend to take for Joel and the team, but they leave with a renewed sense of focus to continue their development ahead of the upcoming rounds at Croft on the weekend of June 25/26. 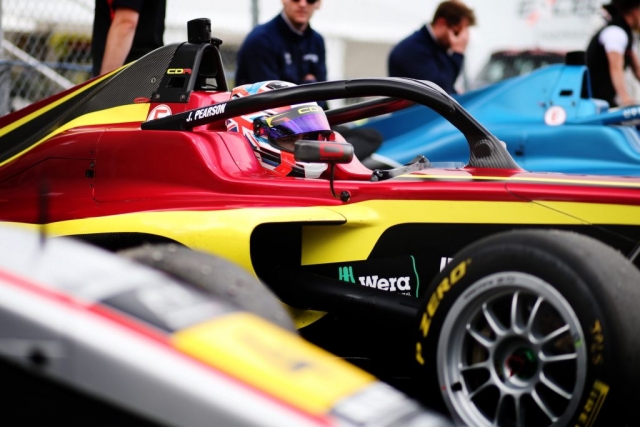 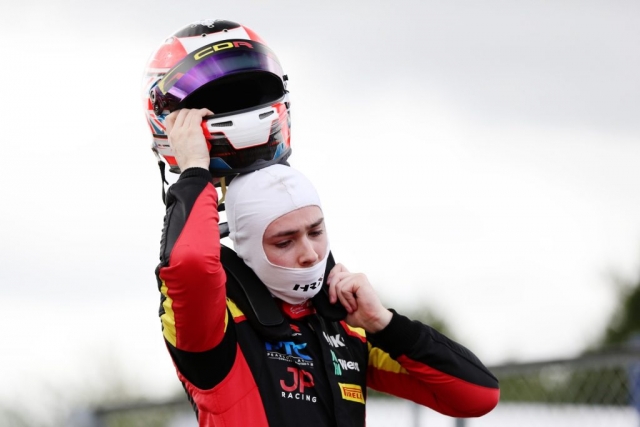 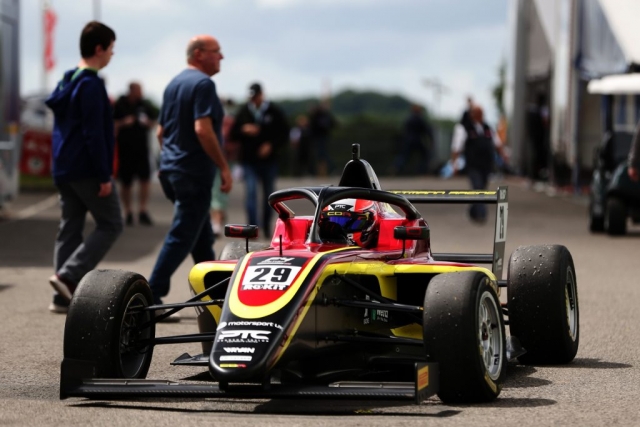 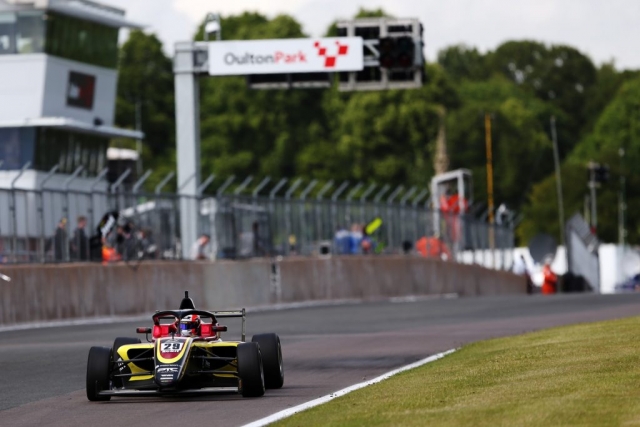 “Qualifying didn’t go too well. Before the red flag, we had a damper issue where it disconnected, so we didn’t really manage to get any time in the first half. After the red flag we only got one lap in because of traffic and rain. I feel like I could have done a lot better if I had a chance to get some laps in.

“For race one it wasn’t a bad start, but I was coming out worse in any battles I engaged in. Overall, just lacking a bit of bit of pace, but there were also a lot of positives to take away from the race. I was able to make some really good racing moves throughout and I nailed Knickerbrook, as I was good on entry through there.

“Sunday didn’t go to plan, we struggled in races two and three. The mechanical issue in the first half of qualifying set us on the backfoot for the entire weekend. We struggled with perfecting the track and getting the ultimate lap time out of the car.

“My first ever race at Oulton Park was in a Ginetta, and it was my first ever podium. So realistically, it was about the lack of testing in the F4 car. We just have to take everything we’ve learned this weekend on the chin, work through it and put it all together for Croft.”

“It was a tough weekend for Joel, he was on the backfoot going in as there was no testing here before free practice one. It was always going to be an uphill struggle, but we made some good progress on Friday.

“Unfortunately for qualifying, it was a messy session for everyone, with a lot of red flags and rain so Joel didn’t get to show what he was capable of. Into the races, there was more misfortune and some contact with other drivers. All round it was a weekend to forget for Joel, but full focus is now on Croft and helping him to develop for the next race.”

About the author: Chloe 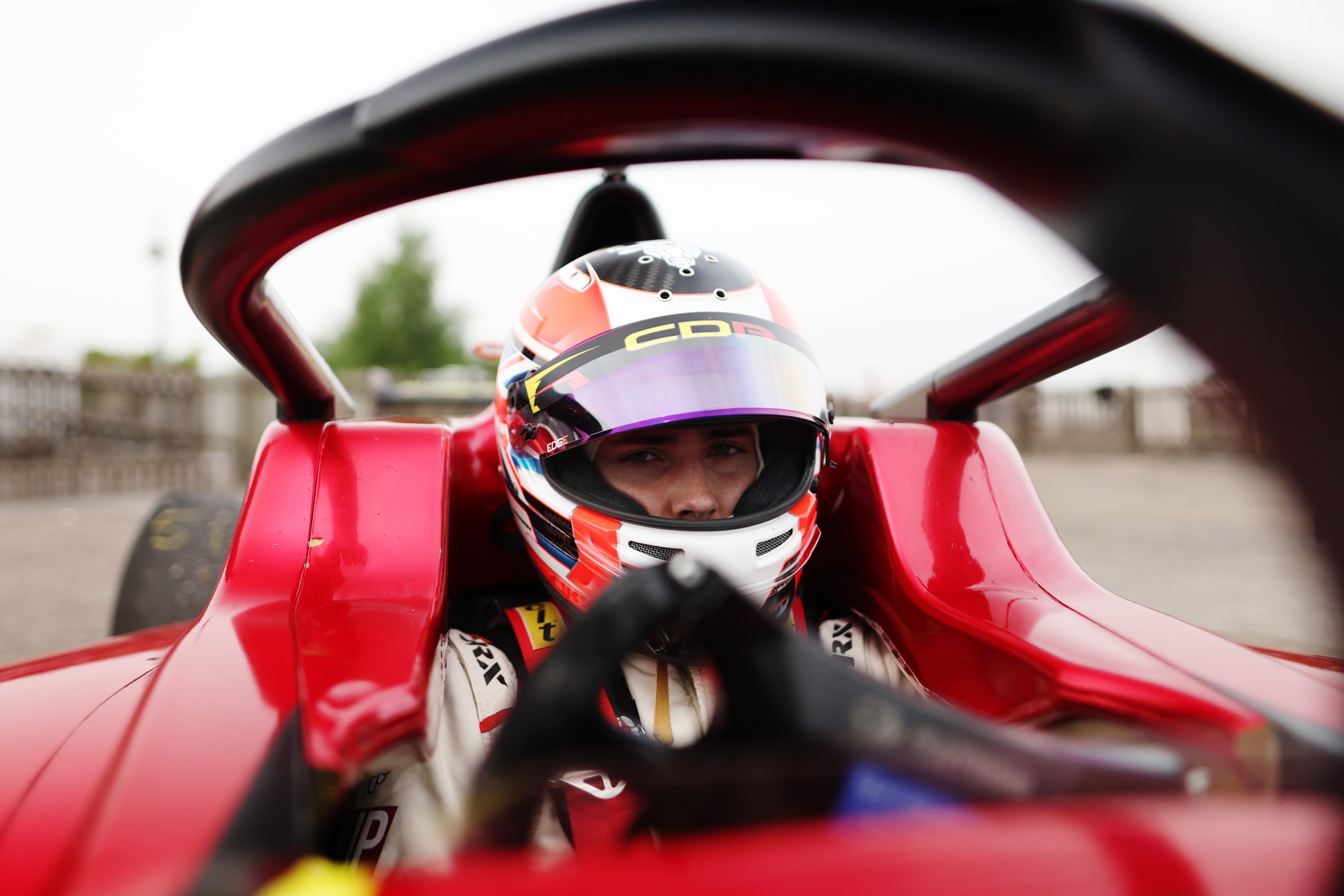