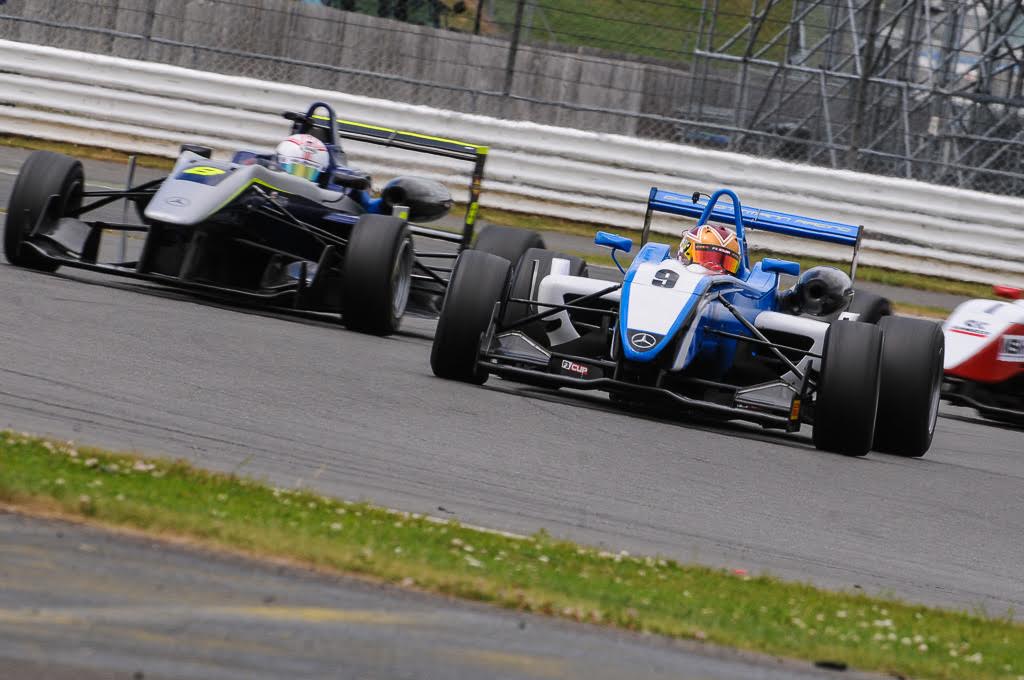 Chris Dittmann Racing welcomes French racer Baptiste Leonard to the team for the next rounds of F3 Cup, taking place at Snetterton on August 12-13.

Leonard, who competes in VdeV in a Formula Renault, will contest rounds 12, 13 and 14 in the car of Peter Venn, who misses the weekend.

The team faces a busy week to ensure championship front-runner Cian Carey’s VW Spiess is fully prepared for the Irishman’s return, having been forced to sit out the last rounds at Silverstone following an blown engine at the non-championship rounds at Spa. The 22-year-old remains third in the standings, despite missing rounds 10 and 11, and he heads to Snetterton on the back of his best-ever result of second place in round nine.

Gino Ussi made his racing return to motor sport earlier this season at Snetterton, and he currently lies 10th. He left Norfolk with a top six finish then, his equal-best placing this year, and last time out in Spa Ussi had an eventful weekend right in the mix.

Fresh from recent tests at Pembrey, Phillip Jeans will be back in action for the latest rounds of debut season of F3 Cup. He currently lies 18th in the points.

Team principal Chris Dittmann said: “It’s going to be a long week, but I’m looking forward to getting the guys back on track. Cian missing the last rounds makes things a little trickier for him in the championship, but dropped scores means he hasn’t lost too much ground. A win must surely be just around the corner for him.

“I’m looking forward to seeing Baptiste in the car, the jump from a Formula Renault to Formula 3 car is big but Cian has already shown it can be done. We have a lot of experience for him to call on, including among his team-mates, which should make the transition easier.

“Gino’s getting back to his best and is only getting quicker, he should be right up there. Phillip’s still learning how to get the best out of his car, and Snetterton is a great place to do that. I think we’ll see his best performance of the year.”