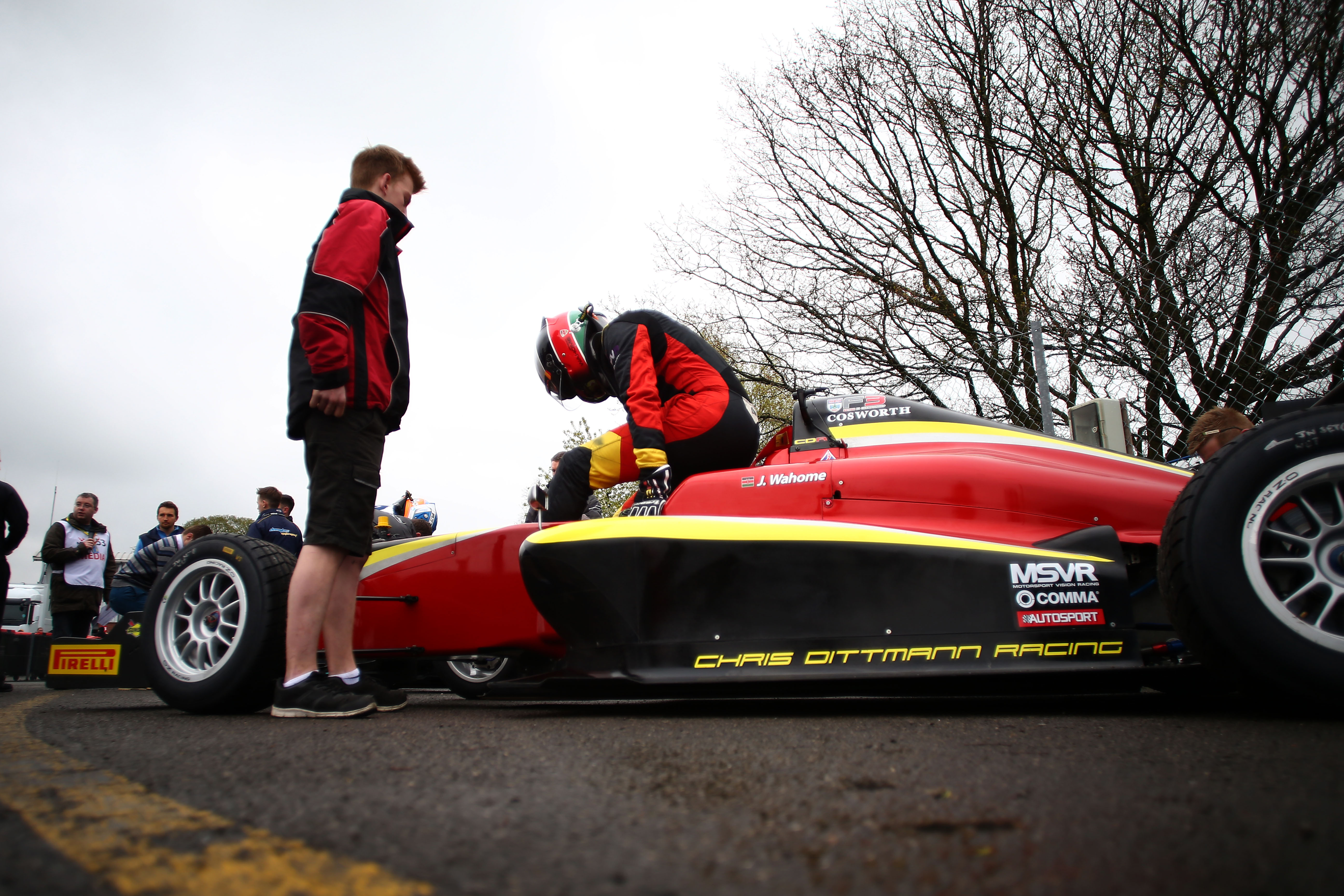 The Tewkesbury outfit will field two cars in three races at the high-speed circuit in Corby, which presents a number of unique challenge, not least of which is a super-fast, banked left-hander on the venue’s outer oval course. The infield section features a complex blend of high speed kinks and curves, and slow-speed sections with tricky braking zones.

The cars will be driven by Britain’s Omar Ismail and Kenyan Jeremy Wahome, both of whom impressed with strong pace during the championship’s opening round in Cheshire. Ismail led a race, and brought home the team’s strongest result of the weekend with a strong fifth position in the weekend finale.

Ismail’s return to the team with which he won in BRDC F4 in 2015 has been quietly impressive so far, and he shouldn’t be discounted from returning to the podium soon.

Wahome didn’t enjoy much luck across the opening weekend, recording a best result of 11th during the Bank Holiday triple-header, but continued his steady improvement as a driver to score points in all three races, and secure the third fastest race lap in the final contest.

CDR Team Principal Chris Dittmann commented: “I’m really looking forward to building upon a promising opening weekend for us in BRDC British F3, with another strong showing at Rockingham. The last round was a bit of a strange one amidst a very stop-start meeting with delays and reshuffles, and I’m hoping for a more straightforward time of it this time out!

“Despite numerous disruptions to the schedule, and tricky weather conditions, our drivers came away from Oulton Park with some really good results. As Omar demonstrated by consistently running at the sharp end, and Jeremy backed up by lapping rapidly during the final race, we have a really good race car, and I hope we can reap the rewards from that at Rockingham.

“Rockingham presents a very different challenge for us this weekend, with a much wider, high-speed layout than we had at Oulton Park. I’m sure the team and drivers will adapt perfectly though, and we’ll have some more points in the bag come Sunday night!”