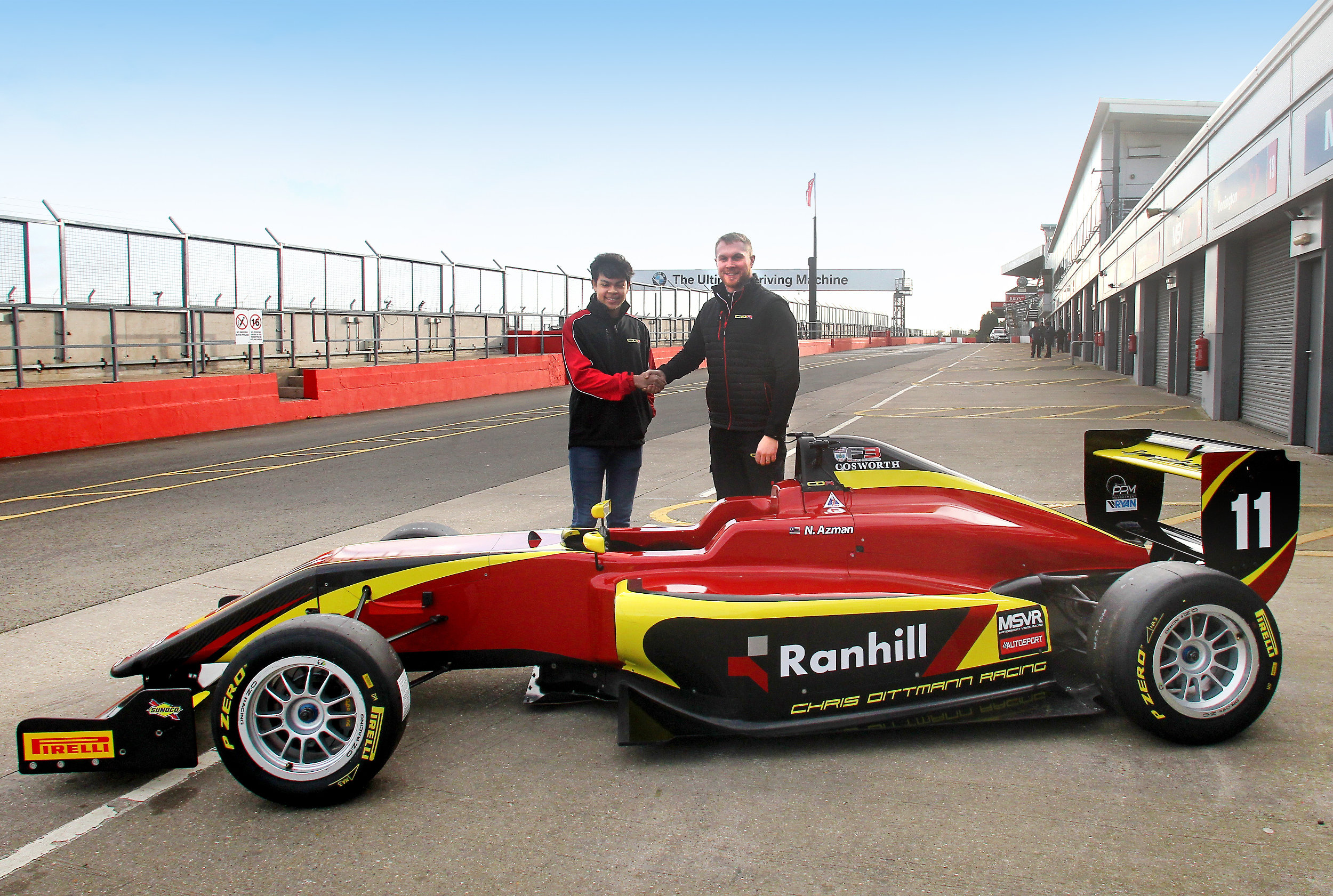 Malaysian Nazim Azman will step up to the BRDC British F3 Championship in 2019 with Chris Dittmann Racing, as he continues his ascent of the international motorsport ladder. The Peak Performance Management protégé is gearing up for his first taste of racing in the UK, having contested the Italian F4 Championship last season, and will bring continued support from the Ranhill Group. Azman racked up a string of top-ten finishes in his debut season in the highly-competitive Italian F4 series with Jenzer Motorsport and, along with parallel campaigns in Spanish F4 and the MRF Challenge, the 17-year old racked up[…..]